I am so glad that I finally chose Kungfu English

Firstly I'd like to express my deep gratitude to you for developing this kind of useful tool for English learner. I know it's very useful it's because that I think it's very suitable to me, a Chinese person spent much time on this language learning. We are learning English for many years, the primary reason is that the method we used is wrong in schools. Of course, the deeper reason is that the schools set wrong target on learning a foreign language which causes a serials of wrong reactions followed by millions of children and parents. I once recited many passages of the New Concept of English which helped me pass through all kinds of examinations and teachers often praised my ability of writing in classes. But i know, the ability of my spoken English is not good as it. But for people passing Band Six examination, i can strike up some conversation with people talking some simple topics by using standard English. But if i were given the chance of talking with foreigners with strong accent, it will be hard for me to understand, especially when there is a telephone conversation, that is conference call. I once had some miserable experience with conference call. I worked in a foreign invested company and sometimes we need to attend this kind of meeting. But i found that i can't catch them, thus, i couldn't say a word. I don't what they are talking about, therefore, no one word would be released for fearing being a joke. I of course once talked with foreigner individually and no one perceived that i am very nervous in as i am afraid that i don't understand them. for a few times, i will politely replied to him, excuse me, what's the meaning of what your say just now. It's easy to understand the point when we talk face to face. The result is encouraging.

So, finally, i concluded that its' my listening comrehension which can be blameful. I started to learn VOA, English in the Air some programms for improvement of listening comprehension. But you know, it's not a specially-designed course for english learner. and i can't master the extent of my improvement. I am so glad that i finally chose Kungfuenglish as my continuous english tool when i have to make decision if i have to attend the training courses offered by some famour media of language such as Web which even arranged a foreigner introducing me. Anyway, i think the tool you developed is very suitable for me. 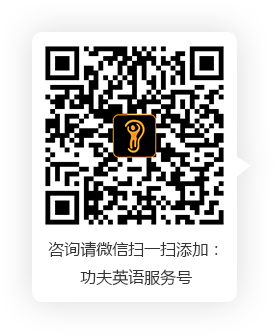